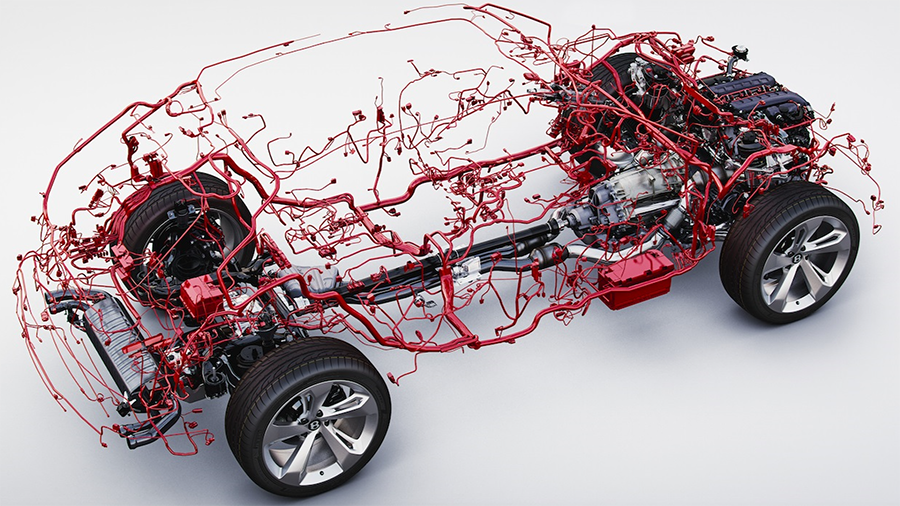 As the complexity of vehicles and their electrical systems increases each year, so does the amount of wiring required to keep them operational. It is not uncommon for new cars to contain more than one hundred pounds in wiring alone. This wiring functions as the vehicle’s nervous system by carrying electric current and signals to transmit information to and from the vehicle’s computers. Most of these wires are bundled together in groups called harnesses. Harnesses are wrapped in protective coverings and then routed and secured throughout the vehicle to protect them from damage.

But life on the road can be rough. Vehicles endure constant vibration, flexing, extreme temperatures, water, ice, and salt, which can all eventually take a toll on the wiring. Collisions can also damage wiring harnesses.

Many vehicles will last for their entire lifetime without any issues related to the wiring harness or its connections, but it is not unusual to find the cause of a problem with a vehicle to be a damaged wire, terminal, or connector. Because wire harnesses are often installed in hard to reach locations, finding the exact location of the problem can be very challenging.

Once the problem is located, the damaged wire or wires can typically be repaired or replaced. However, if the damage is more extensive, such as if wires have melted, the entire harness may need to be replace. The cost to purchase and install them varies widely because of all of the different sizes and locations of wire harnesses. Some more sensitive systems such as airbags should also always be replaced instead of repaired.

If you suspect that you have a damaged wire harness anywhere in your vehicle, call Orozco’s Auto Service of Long Beach today at (562) 427-4256 or bring it in for an inspection.