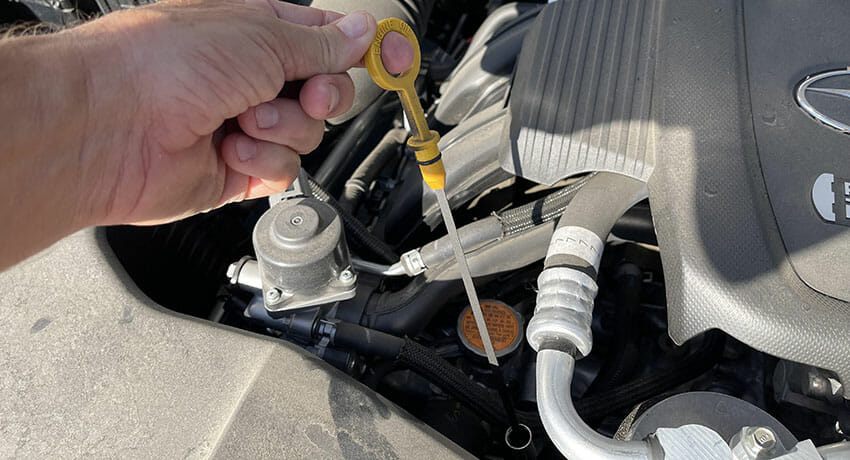 Nissan Oil Change – Here at Orozco’s Auto Service in Long Beach, we are specialists at Nissan oil changes. What is an oil change? Well, the entire process actually involves changing your Nissan’s oil and oil filter. The old, used motor oil is drained from the engine and replaced with new oil, and the used filter is also removed and replaced with a new one. It may sound like a relatively simple process, and in fact for most cars it is, but there are some cars that are harder to operate on, and additionally, there are several areas where it can easily go wrong, leading to much bigger problems.

Your car’s motor oil is exactly what it sounds like – a lubricant. Its function is simple: lubricate the moving parts of the engine so that they operate more smoothly and do not wear out as quickly. Without motor oil, an engine would only last a small fraction of the time that it is designed to, as the parts would grind and crash together and quickly fail.

Why does oil have to be changed? Motor oil, due to the high operating temperature of an engine, goes through thermal breakdown which makes it less effective as a lubricant. Motor oils also contain additives to neutralize acids, which get used up and are rendered ineffective over time. Finally, the oil absorbs water, dust, dirt, and metal particles from the engine’s operation, which, if the oil is not changed regularly, will remain in the engine and begin to cause corrosion.

Oil is critical to your Nissan’s performance and longevity, and clean oil performs its functions much more effectively than dirty oil. An oil change is relatively cheap, but the problems which can arise from using an old motor oil can easily necessitate major repairs.

For most new models, Nissan recommends that you get an oil change every 5 months or 5,000 miles, whichever comes first. However, you should consult your vehicle owner’s manual for a specific number.

If you are experiencing problems with your vehicle or have questions regarding a Nissan Oil Change contact Orozco’s Auto Service at any of our convenient locations in Long Beach, Bellflower, Garden Grove or Fullerton!